More and more foreigners are leaving the Korean stock market as the won weakened to W1,400 against the U.S. dollar.

According to the Korea Financial Investment Association on Sunday, foreigners held only 30.36 percent of W1.9 quadrillion worth of listed shares on the Korean stock market as of Sept. 15, the lowest level in 13 years and two months.

The proportion of their shares fell from 38.15 percent in late 2019 to 33.53 percent late last year and dropped another three percentage points in just eight months this year. If this trend persists, it is expected to fall below 30 percent for the first time since July 13, 2009.

Ahn So-eun, an analyst at KB Securities, said, "At a time when the overall performance of the global stock market is lackluster, there is a view that the U.S. stock market is relatively stable and the dollar will rise further, prompting investors to buy U.S. stocks."

But that trend fuels even more demand for dollars and ends up further weakening the won. Yoon Yeo-sam at Meritz Securities said, "The government needs to watch the exit of capital now that there are signs of people hoarding dollars." 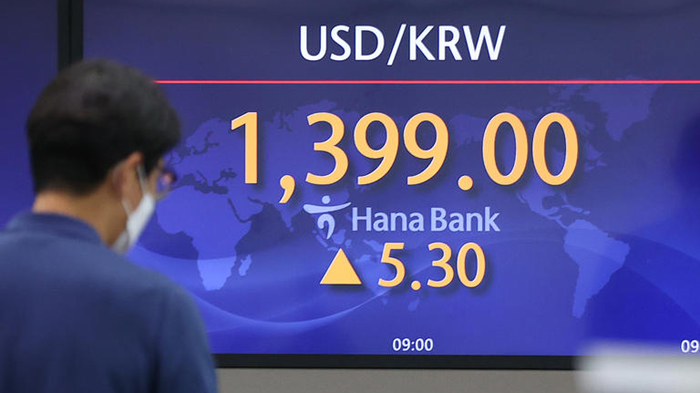