She received the accolade on Sunday at this year's Primetime Creative Arts Emmy Awards, a lesser category, at the Microsoft Theater in Los Angeles. Lee is the first Korean actor to win an Emmy in a non-English drama.

The dystopian show was nominated for seven out of 93 Creative Arts Emmys and won four -- production design, special visual effects and stunt performance as well as the guest award given to non-leading roles who displayed a moving performance.

"Holding [the award] now feels very heavy and it almost feels like a sense of heavy responsibility that I have as an actress. I want to be able to do more with it moving forward," Lee said through an interpreter.

Lee plays a victim of domestic violence who killed her abusive father and makes sacrifices for a North Korean defector played by Jung Ho-yeon as they play a series of deadly children's games for the chance to win a W45.6 billion prize (US$1=W1,371).

The award ceremony is on Sept. 12. 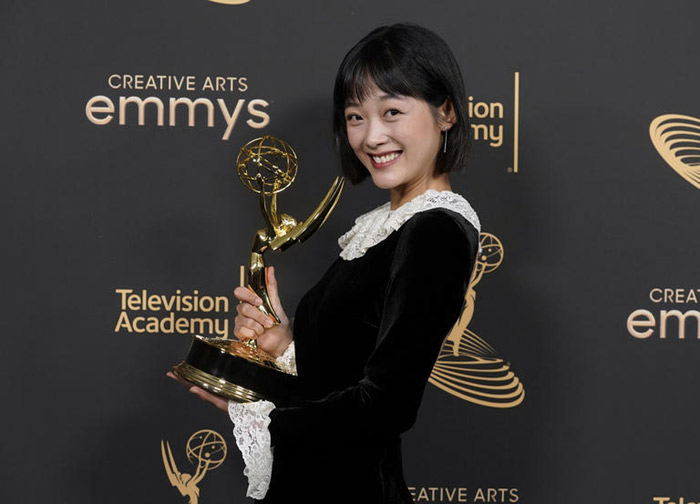 Actress Lee You-mi poses with her trophy at the Primetime Creative Arts Emmys in Los Angeles on Sunday. /AP-Yonhap