Blackpink are the first female K-pop act to hit No. 1 on the world's largest streaming site.

"Pink Venom" racked up 7.93 million streams on Spotify alone on the first day of its release on Aug. 19, making it the most streamed song so far this year by a global female act.

"Pink Venom" successfully entered the Top 200 in 71 countries on Spotify regional charts. In particular, it ranked sixth in the U.S., proving its potential to rank on the Billboard charts.

Blackpink ranked No. 2 on Spotify's global chart with their megahit song "How You Like That" in 2020 while "Lovesick Girls" reached No. 3 and "Ice Cream" and "Kill This Love" hit No. 4.

The music video for "Pink Venom" has also made a splash, hitting 100 million views on YouTube just 29 hours after it was released, faster than any other video by a K-pop girl group. 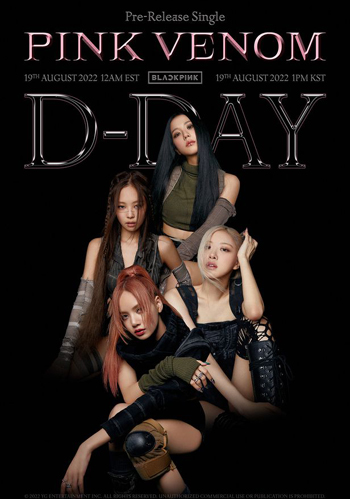