"Extraordinary Attorney Woo," a Korean soap that first aired on a small cable channel ENA here, is becoming a worldwide sensation by shooting to third place on the Netflix global chart.

As of July 28, the 16-part series was the most popular in 20 countries including Hong Kong, Japan and Mexico, according to FlixPatrol. It ranked second in 11 nations such as Chile, Egypt and India and ninth in the U.S.

The legal drama revolves around Woo Young-woo, a bubbly and brilliant rookie lawyer who is also on the autism spectrum. Even without any hype, stellar acting and the chemistry of the cast captivated viewers.

Pacy and quirky, the show is packed with exposition-free scenes and lines that tug at heartstrings. 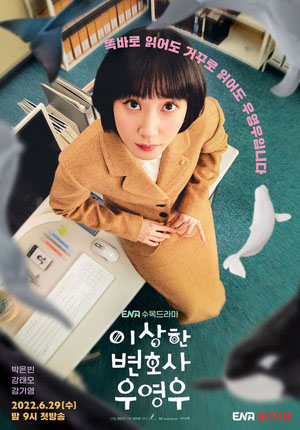