"No matter how good the screenplay is, a movie can still go wrong during filming," Lee told the Chosun Ilbo on Thursday. "But this time, I was with veteran actors I could depend on and that gave me confidence. I had a great time filming with them and felt like I could do anything."

The film about a bioterror attack aboard an airplane hits theaters here on Aug. 3.

Lee plays a father with a fear of flying who takes an international flight to find medical treatment for his sick daughter. His character must confront his phobia during the disaster to save his daughter. "I could feel the tension rising from the pages of the script and felt like I was on a rollercoaster ride," he says.

His last film was "The Man Standing Next" released in January 2020. The hiatus was unusual for an actor who is normally so busy that he has one or two films out every year. "It's been a while since I attended a movie premiere, so everything feels new and I'm grateful," he says. "Although I didn't expect it, the pandemic seemed to make the film more timely."

The stars were mostly confined to a revolving aircraft set built in the studio and developed a playful rivalry with those whose parts required them to stay on the "ground" outside. "The team on the set wanted to go outside where it's open, while the ground team told us we were lucky not to have to move around much," he said.

"I actually had a panic attack aboard an airplane when I was in my 20s and that experience helped me play the part."

"Emergency Declaration" already premiered out of competition at the Cannes Film Festival back in July 2021 but the Korean release was delayed by the pandemic.

"I worried that the fear we face in reality was greater than the fictional disaster," Lee says. "I was relieved when the movie got applause from the audience four times during the Cannes screening. Viewers tend to ask themselves what they would do in the situation they see in a movie, and they won't see a completely happy ending." 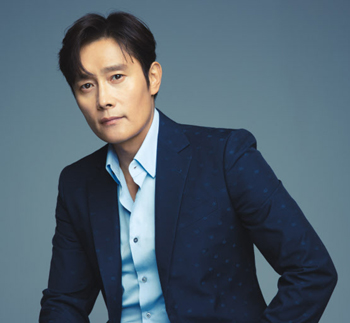