Kim's management agency said Monday that she will tie the knot with Ko in Seoul in late October.

The two have been dating since they first met in an ice show in 2018. The exact date and place of their wedding is being kept under wraps, but the couple will have a private wedding with only their families and close friends.

Kim (31) was the first Korean figure skater to win medals in international competitions. She clinched gold at the Vancouver Winter Olympics in 2010 and finished her career with a silver medal at the Sochi Olympics in 2014.

Ko (27) sings bass with Forestella, who won reality show "Phantom Singer" on cable channel JTBC in 2017. The group made their official debut the following year and released their first mini album in May this year. They are currently on a nationwide tour. 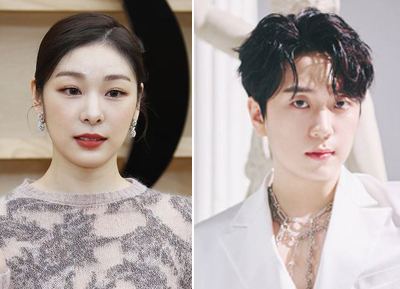