Actress Park Eun-bin is enjoying rave reviews for her performance in her latest TV series "Extraordinary Attorney Woo," in which she plays a talented rookie lawyer with autism spectrum disorder.

The series on cable channel ENA, which started airing on June 29, revolves around Woo Young-woo, a newbie at a law firm who is able to crack various cases thanks to her unique perspective. The heartwarming courtroom drama has proven to be an immediate hit for the fledgling channel thanks in part to its well-written script and accomplished directing, but mainly to Park's outstanding performance.

Viewers have responded enthusiastically to the way Park puts her whole body into the performance. They say she acts even with her shoulders, eyes, gait and voice, and that they can't take their eyes off her, captivated by every gesture and movement she makes. Whatever she does is beyond their imagination.

Park, who started acting at the age of 6, may not be a typical beauty, but she has the ability to command people's attention thanks to her 27 years of acting experience and soft and at the same time strong personality.

Park says she always carries around a notebook so she can keep track of every detail that occurs to her about whatever character she is playing. Wary of creating misconceptions about people with disabilities, she declined to take on the role at first, and when she eventually agreed to do it, she took extra care in studying the character. Being an avid reader and good listener also helped her prepare for it.

The series airs on Wednesdays and Thursdays at 9 p.m. on ENA and is also available through streaming platforms Netflix and Seezn. 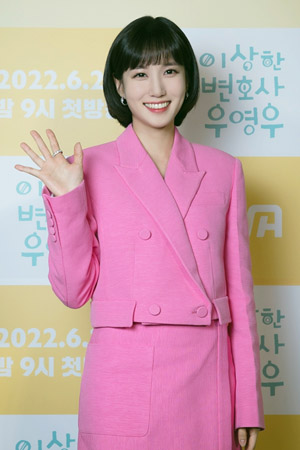