Actor Lee Jung-jae expressed his excitement at a press junket early this week, ahead of his directorial debut film's release in Korea next month.

Premiered at this year's Cannes Film Festival in May, "Hunt" is garnering much attention here as well, mainly due to the ensemble cast starring Lee himself and his close friend and fellow actor Jung Woo-sung.

In 1998 when they were still novice actors, Lee and Jung co-starred in the hit buddy film "City of the Rising Sun," and now expectations are building up for their cinematic reunion some two decades later.

"I'm thrilled, rather than being nervous," Lee said. "While working as an actor for a long time, I used to believe that acting is one thing and directing is another, so at first I was hesitant about dabbling in directing, but I decided to do it because I wanted to try something new."

The action-packed thriller revolves around two intelligence agents who team up to uncover a North Korean spy within their agency, only to stumble upon a hidden truth.

The film is slated to hit local theaters on Aug. 10. 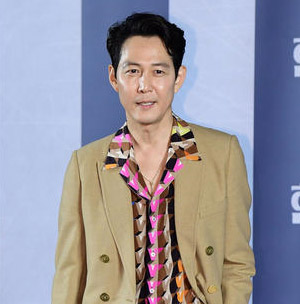