Actress Kang Soo-yeon died Saturday from a cerebral hemorrhage after being rushed to hospital last Thursday with cardiac arrest. She never regained consciousness.

She had not appeared in any movies for the last nine years, but her latest film, "Jung-E" by "Train to Busan" director Yeon Sang-ho, will be shown on Netflix in the second half of this year. Kang said her dream was to keep acting until she was old enough to play grandmothers.

Her funeral altar is open to the public from 10 a.m. to 10 p.m. until Tuesday night at Samsung Medical Center in southern Seoul and the funeral takes place at 10 a.m. Wednesday. 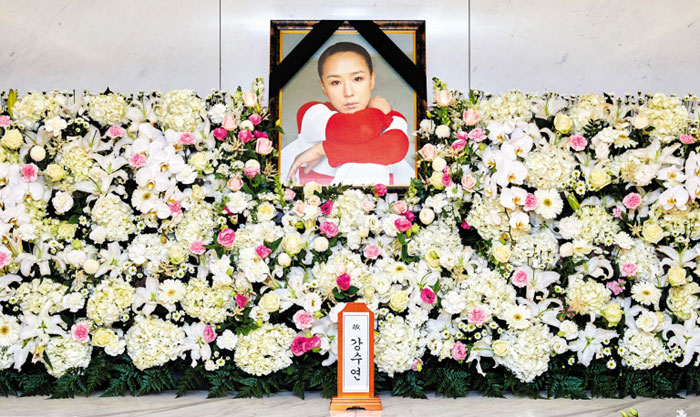 A portrait of actress Kang Soo-yeon stands on a memorial altar at Samsung Medical Center in Seoul on Sunday. /News1