A 140,000-sq.m pedestrianized green space will be created to replace the scruffy urban clusters of Jongno and Toegyero in central Seoul, Mayor Oh Se-hoon announced Thursday.

The areas have been neglected for nearly 10 years due to strict building regulations that allow only minor renovations. 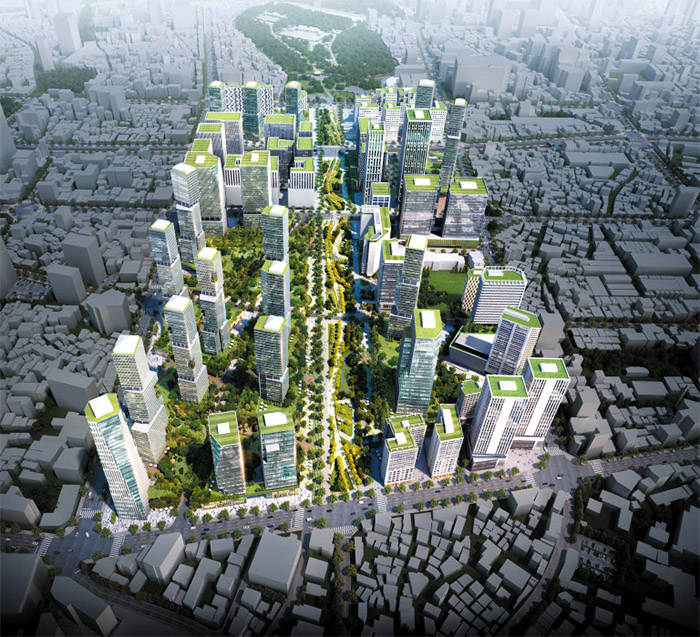 An artist impression of Toegyero after a planned redevelopment

The mayor plans to expand green space in the capital from 3.7 percent at present to more than 15 percent as a way of compensating for giant urban redevelopment projects that he believes are needed.

Building height and other building restrictions will be lifted in some parts of the capital, but the city will atone by making the surroundings more livable.

First, the city government wants private developers to tear down 440,000 sq.m of elderly streets and shopping alleys and erect soaring steel-and-glass fortresses dotted around the new parkland instead.